Chart: Gasoline taxes in the US

Taxation of transport fuels in the United States reflects the multiple levels of governance in this country. On the one hand, there is the uniform federal tax burden (mainly from the excise duty) imposed across all states and on all retail sales. In 2015 the total federal tax rate on gasoline amounts to 18.4 US cents per gallon. In contrast, the rate on diesel is notably higher (24.4 cents per gallon).

On the other hand, there is a plethora of different state, county and local taxes which vary substantially. Different state taxes may include environmental surcharges (such as the fee charged for the Coastal and Inland Surface Oil Clean-up Fund in Maine and the Oil Spill Administration Tax in Washington State) or various sales, consumption and service fees. They reflect local political preferences as well as natural resource endowments. For example, oil-rich Alaska, much like some petrostates in the developing world, levies very low taxes on gasoline and for a year between 2008 and 2009 it did not apply any fuel taxation. 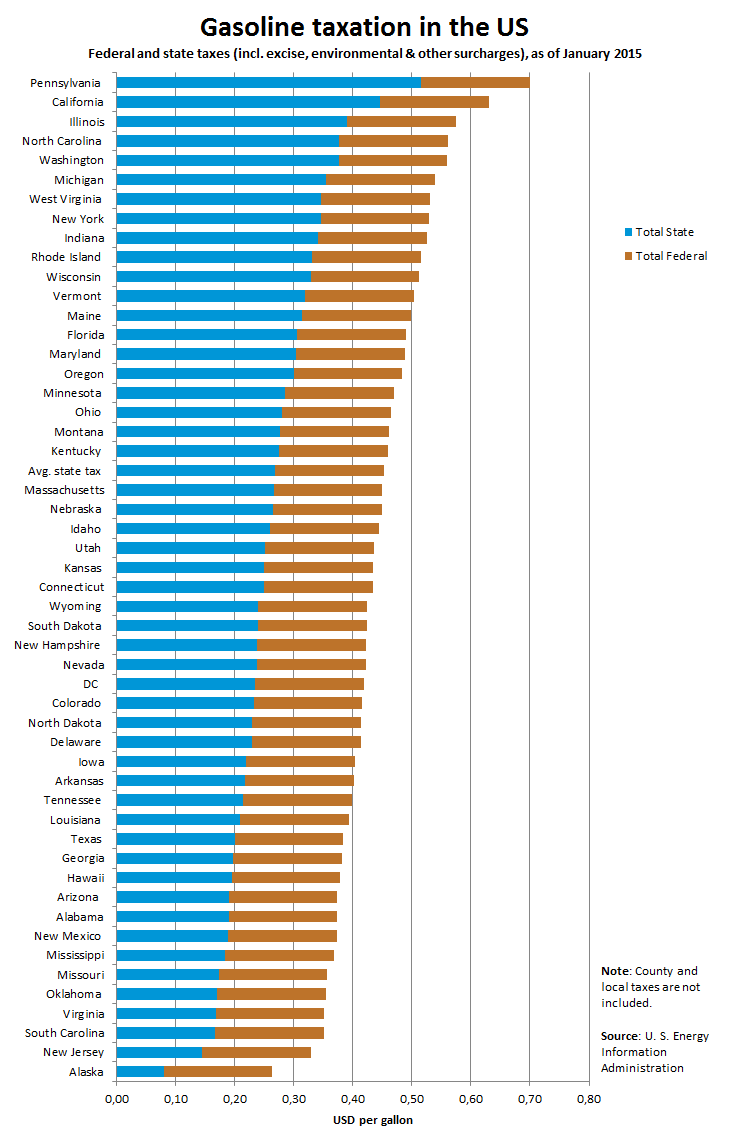 The US territories of American Samoa, Guam, the Northern Mariana Islands, Puerto Rico and the US Virgin Islands (not shown in the chart above) also levy some sort of state taxation but are exempt from federal excise.

Diverging state taxes contribute to the high variation in gasoline prices across the US. According to our calculations, US pump prices fluctuate by around 8.7% from the average rate (as measured in May 2015), by far the highest variation among developed nations.

To check the latest pump prices of gasoline in the US and North America please visit this page.