The Balkan Peninsula represents a colorful puzzle of countries with many common historical traits and very different present political and economic conditions. From wealthy Slovenia, a former Yugoslav republic and now an EU, OECD and NATO member, to Turkey with its booming economy, also a NATO and OECD member and EU applicant, to much less well-off Bosnia and Herzegovina, once also part of Yugoslavia. Prices of transport fuels reflect these various economic conditions and political frameworks, i.e. purchasing power between countries and the difference in tax regimes imposed by governments. In the chart below, we show average final prices of gasoline from the beginning of January to mid-April 2015. As seen from our calculations, what drivers pay at the pump varies greatly from country to country. For instance, drivers in Turkey pay as much as 54% more compared to their peers in Bosnia for a liter of gasoline. Of the Balkan EU member states, Bulgaria seems to enjoy the cheapest fuel. 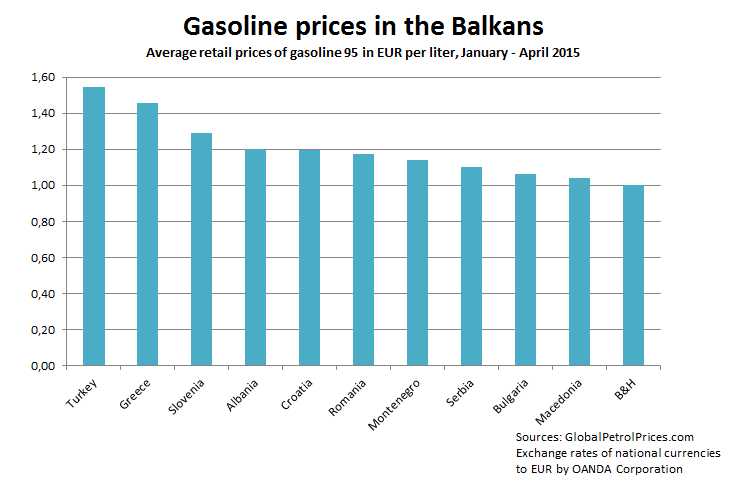 To see the latest retail gasoline prices in Europe please visit this page.