We observe the same stickiness in fuel prices on the way down as well. The sharp drop in oil prices in 2014 did not bring relief at the pump. Granted, the ruble also depreciated during that time so that the effect of cheaper oil and more expensive dollar on fuel prices worked in opposite directions. However, it is unlikely that these two opposing forced would cancel each other so precisely as to leave the long-term path of fuel prices unchanged. Hence, it seems clear from the chart that gasoline prices in Russia, while not officially regulated, are also not left to market forces. 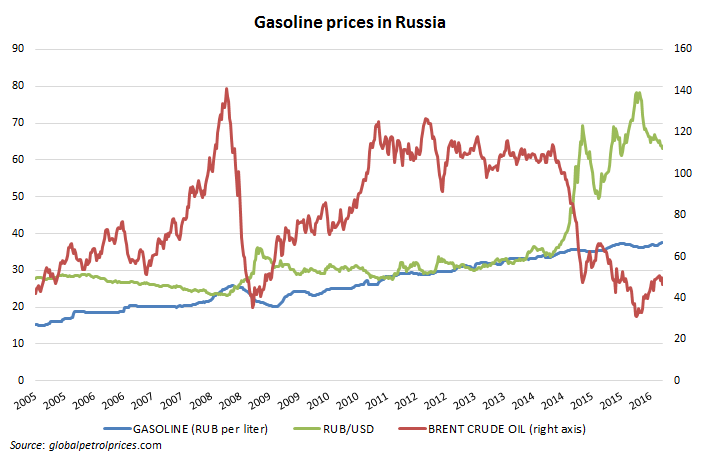