According to the latest data from the International Organization of Motor Vehicle Manufacturers, China is the biggest car market in the world with 21.14 million new cars sold in 2015 which represents 32.21% of the global car market. The second and third positions are held by the U.S. and Japan with 7.57 million and 4.21 million new cars sold which represents 11.53% and 6.32% of the global car market respectively. Overall, the three top countries account for 50% of world car market.

There was a significant restructuring in the global car market from 2005 to 2015. China and India have expanded their shares while developed countries including Japan and Germany have declined in relative importance. We observe a steady upward trend for China where annual car sales have increased by 1.71 million cars and for India where annual sales have increased by 166 thousand cars. In contrast, annual car sales in Japan and Germany have shrank by 53 thousand and 11 thousand cars on average each year. In the U.S., car sales declined until 2010 and then started to increase so that by 2015 the U.S. car sales were similar to those in 2005. 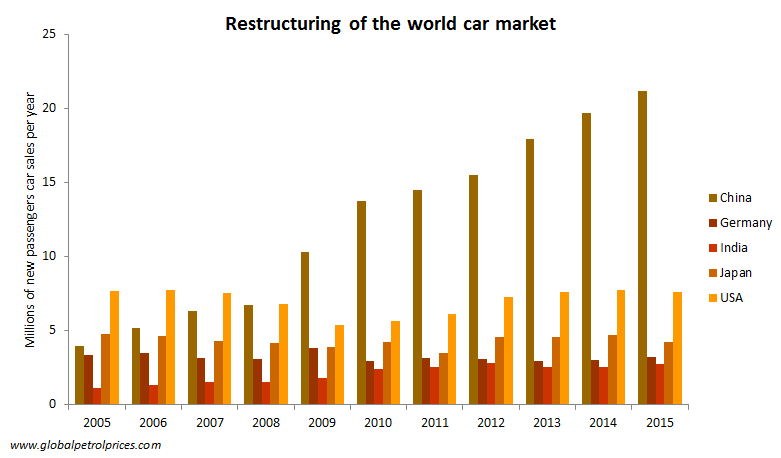