The price of gasoline in North Korea

There are a few places on Earth more economically and socially isolated than North Korea. Barring a number of distant island nations with not many inhabitants, the Democratic People’s Republic of Korea, as it is formally known, is perhaps the hardest market to penetrate from the outside world. Very few pieces of reliable information on society, markets and businesses make it out from the nation of nearly 25 million people. Reports that do come out are often filtered through the mighty propaganda machine of the state.

For months, GlobalPetrolPrices.com has been trying to identify reliable and up-to-date sources of information on fuel markets from within the country. Our efforts have so far proved fruitless; as it is evident, our weekly updates on gasoline, diesel and LPG prices lack information on North Korea.

Luckily, one of our contributors recently had the chance to visit Pyongyang. She shared with us these images of fuel coupons used at gas-stations instead of currency. Coupons like these circulate among foreigners, for example, foreign company officials, diplomats, tourists, etc. 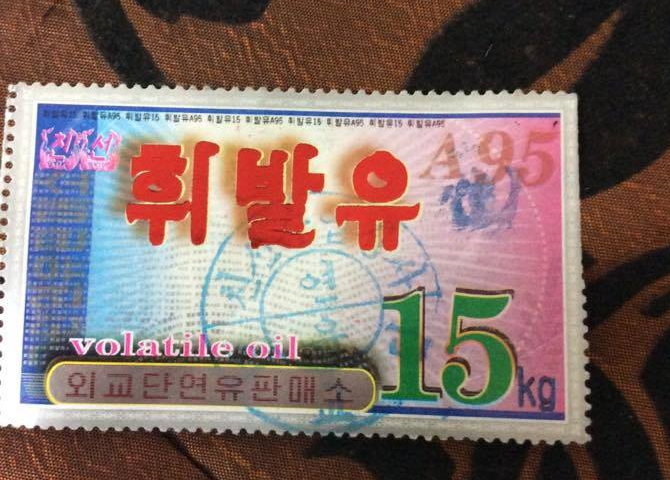 In the latest update of its gasoline price data-set, the World Bank shows the average 2014 pump price for gasoline in North Korea as USD 0.94 per liter. This is the first time the Bank reports any such figure for this country. In contrast, the respective price for South Korea is USD 1.55. Currently, the global average gasoline price stands at USD 1.05 per liter, according to calculations by GlobalPetrolPrices.com.

The per capita GDP in purchasing power terms of the North was just USD 1,800 in 2013, according to CIA estimates. This figure ranks the country among the poorest on the planet. In stark contrast, the South had a GDP per capita (PPP) of nearly USD 34,100 in 2013. 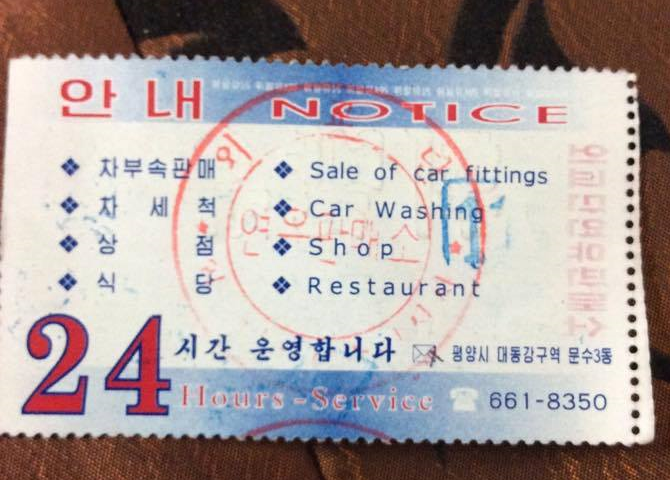