Chart: In Brazil, drivers pay for the budget deficit

Brazil currently suffers from inflation levels not seen in almost 10 years, international media reported in March 2015. The 7.7 percent yearly inflation is well above the target rate of 4.5 percent set by the government of President Dilma Rousseff. This is the result of increasing prices of transportation, electricity, and food among other things. Although Brent, the international benchmark for crude oil, fell more than 50% for the 9 months since June 2014, gasoline rates in the largest Latin American economy are creeping up. According to Reuters, retail prices of gasoline went up by 8.4 percent from January to February 2015 due to an increase of fuel taxes. With higher taxation, Brazil’s Finance Ministry tries to tackle a growing budget deficit. 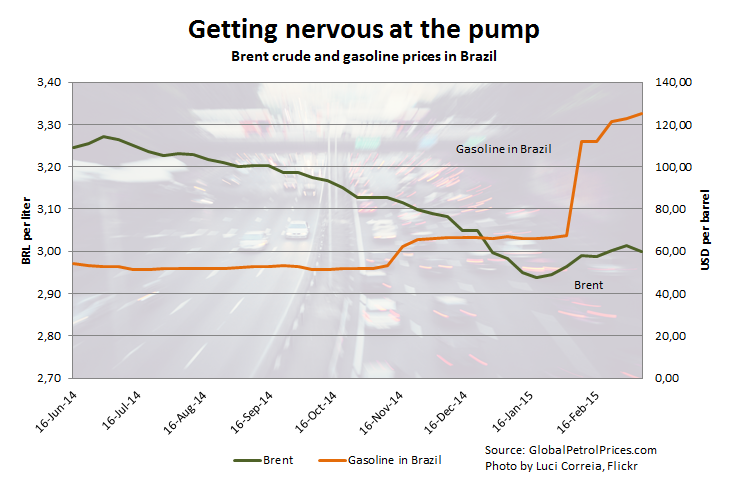 To see the latest updates please refer to the gasoline prices in Brazil.