In the 9 months since June 2014 crude oil lost about 50% of its market value. This is the result of high output from shale oil producers in North America, the inability of OPEC, the world’s cartel of major oil producing nations, to agree on lower extraction levels and the overall insufficient demand of the global economy.

Ironically, although oil is getting cheaper, gasoline prices in Russia (also a major producer albeit non-OPEC) increased steadily throughout the same period. This is due to the sharp drop of the Ruble against the US Dollar. The state of Russia’s economy deteriorated substantially because of the drop in oil prices and the US and EU sanctions in response to the Ukraine crisis. Gasoline prices are one the most visible manifestations of the economic burden local consumers are forced to bear. 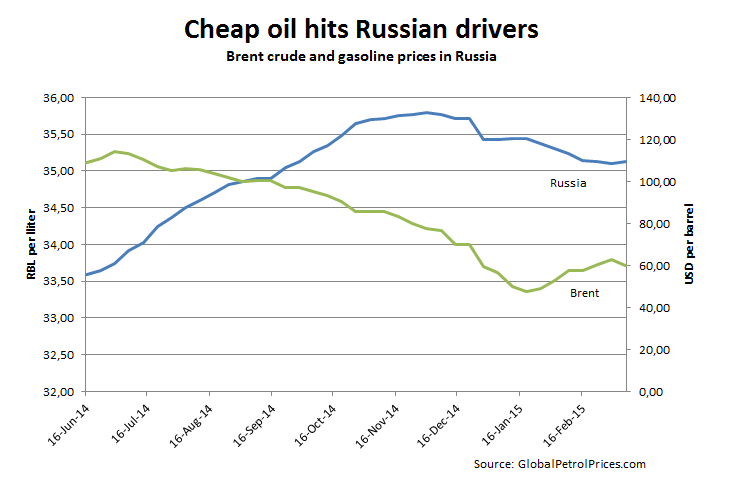